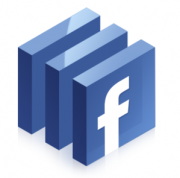 News reports suggest that Facebook is valuing itself at nearly $96 billion for its upcoming IPO. That would be record-setting for a web-based company, even overshadowing Google’s offering in 2004.

Of course, it helps that it is one of the most popular Internet companies of all time. Facebook pretty much dominates the web when it comes to time spent online and interaction. While it didn’t exactly invent social media, the company has become the de facto standard. Facebook rules the roost, and it won’t be surprising if their IPO is huger than huge.

With so much press, lots of people will want a piece of the action. The danger for the small investor is the inevitable overvaluing that a hot stock will likely take on. In other words, if you jump in, you may pay way too much for a stock that can’t live up to the hype.

As for the business owner who wants more exposure, Facebook is the place to be. As the IPO draws closer, Facebook will be getting more press than ever, and we’d imagine that traffic will only increase. Now more than ever, you need to have a presence on Facebook. And, like most things online, it takes some tricky maneuvering to make an impact.

If you need help, contact us here at M3. We live, eat, and breathe social media on a daily basis. Call us today!